So, I recently did some pruning work at Karamoor Estate Vineyard & Winery, one of the few noteworthy estate grown and bottled wineries in Pennsylvania. I was introduced to the winemaker, Kevin Robinson, through the owner and lead instructor at the Philadelphia Wine School as part of my research project for my American Wine Certification program. It was a beautiful Friday in April, just after some recent heavy rains had doused the area and soaked the ground! Needless to say – pruning in the springtime on the East coast can be a very messy affair! Of course, I showed up with my brand new, steel tipped work boots ready to go to work. Kevin showed me a pair of Mucks (rubber boots) and strongly encouraged me to invest in a pair as they are much better equipped to deal with the mud. My poor boots will never be the same!

Karamoor Estate’s vineyard is 27 acres of densely planted, immaculately maintained vinifera vines.  The vineyard was designed and architected by Lucie Morton  who was highlighted in Vineyard & Winery Management’s “Top 20 Most Admired People in the North American Wine Industry”. Lucie is a big advocate of high-density planted vineyards. The normal vineyard typically has around 600-800 vines per acre, but the vineyards that Lucie designs on the east coast have an average of 1600-2000 vines per acre.  The reasoning behind high-density planting is that it promotes even and full ripening by asking the vine to produce less fruit (essentially, making the vine do less work, allowing it to concentrate on fully ripening a smaller crop). I spent about 30 mins with Kevin in the vineyard, showing me the type of vine training system that they utilize at Karamoor, which is referred to as double guyot pruning method. It’s a vertical shoot positioning (VSP) pruning method that was designed for low to moderate vigor vineyards; it accommodates fewer buds and vine growth per linear foot of vineyard row than other training systems. Kevin also pointed out some visible damage on the vines from a microburst hailstorm that occurred in July 2021, which damaged/destroyed half of their harvest!

But, I digress – back to pruning! Kevin made a point to show me how many buds I needed on each cane before I pruned the canes I selected to be used for this year’s crop (namely, a minimum of 6 buds per cane are required, ideally closer to 8-10, and 2 canes per rootstock) as well as that I needed to remove the extra canes from last year’s crop. I learned that you can bend the vines (you actually hear them crackling) fairly significantly in order to fit the cane to the wire and not damage them, as vines are very durable and tough. The buds are just starting to get fuzzy this time of year in Eastern PA – but they haven’t yet blossomed (referred to as bud break) into 1 of 3 genetically pre-determined bud growth outcomes: flower clusters (which will eventually fruit and become grapes), leaves or tendrils. Bud break is anticipated to occur in the next 4 weeks or so and about 75% of the vineyard has been pruned to date – but, now it’s crunch time! It’s important to note, you need to be careful not to damage or break off the buds as they are what will ultimately bear fruit or leaves for this year’s grape crop and harvest. Growing vinifera grapes on the east coast is a very labor-intensive proposition indeed. Soon enough, I found myself alone in the vineyard, pruning some Cabernet Franc vines in a section that had not yet been started. There was a crew of migrant workers pruning in the back part of the vineyard, but my guess is that Kevin and his viticulturist, Joe Rienzi, wanted to make sure I didn’t destroy valuable vines before they could determine if I was properly pruning the vines, lol. Hence, they had me off in a separate section doing a “trial run” to see if I could figure things out. I must say, it was a bit of a zen experience as there wasn’t a soul around, just me and the vines as I made my way down a row of vines, identifying the 2 canes on each vine that would be utilized for this year’s crop, tying them back to the cane wire, and then pruning away the remaining shoots and dead growth on each vine.

In what felt like only a couple hours of work, much to my surprise the clock was approaching 5:30pm! However, I was determined to finish the row I had been working on for most of the day, with just 4 vines to go. Kevin apparently called my cell phone and left me a voicemail indicating he was impressed with how hardcore I was (I was working diligently, in my own little “zen” world) still working away out the vineyard, and that he was done for the day and heading home. He asked me to leave the pruning sheers and staple gun (which is used to tie vines to the cane wire) somewhere near the winery entrance. I guess he decided not to leave after all, as around 20 mins later he showed up just as I was finishing up my last vine with a bottle of their 2020 Cabernet Sauvignon, which they were tasting to determine if they were going to bottle the wine and enter it into some competitions. We stood out in the vineyard for another 30 mins discussing various vineyard and winery topics, when he pronounced “You’re hired!” after observing my day’s work. I felt a great sense of accomplishment for the recognition but quickly reminded myself that I have a day job (and I better not quit it just yet) – as this was really for my own personal experience and education, but certainly not going to pay the bills! Kevin said consider myself part of the winery crew and that I’m welcome to come by and assist with any work they may be doing. How awesome is that?! It is really cool to think that I’ve helped out in some small way towards their 2022 Cabernet Franc harvest. However, I do plan to participate and assist as much as possible in every step of the process to see this year’s grape vine buds turned into delicious Cab Franc! 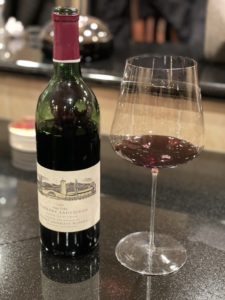 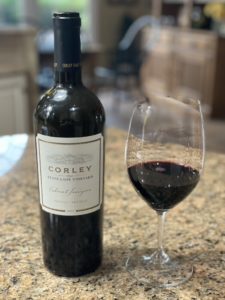 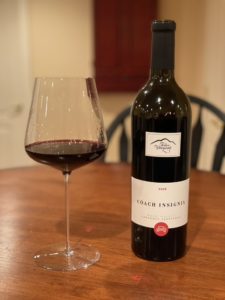 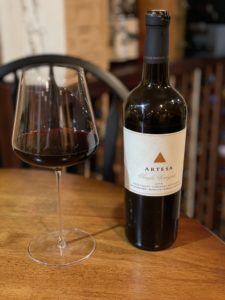 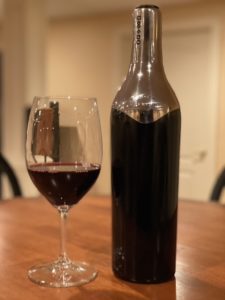 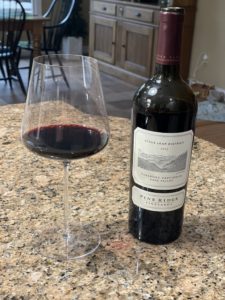 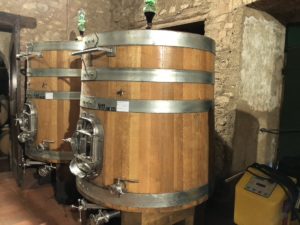 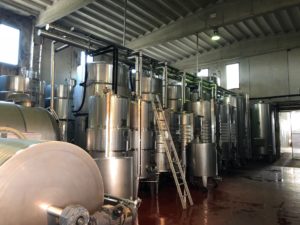 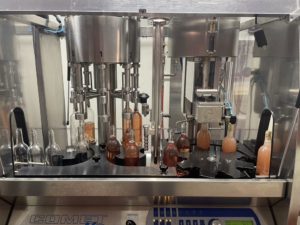